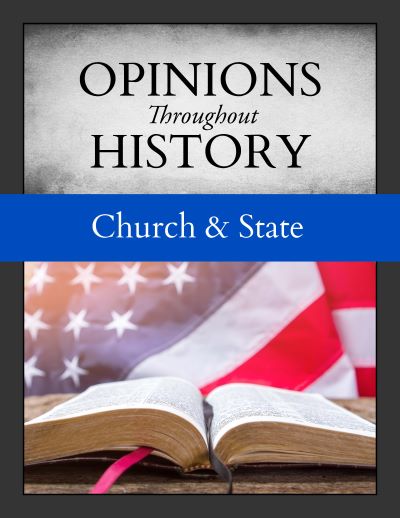 Church & State is the eighteenth volume in the Opinions Throughout History series. Each volume in the series is designed to follow the evolution of public opinion on a current and controversial topic that has changed throughout history. Each volume discusses both primary and secondary documents such as newspaper and magazine articles, speeches, court decisions and other legislation. Accompanied by expert commentary and analysis, these documents showcase the changing attitudes on these important issues of public interest over time.

This new volume starts with a detailed Introduction that discusses the philosophical underpinnings of separating church and state in the United States; this is followed by a comprehensive Timeline of significant events.

The 28 chapters that follow chronicle important court cases and other developments dealing with the interpretation of the Establishment Clause and the struggle to keep religion out of government and government out of religion. Despite our nation’s commitment to the separation of church and state, religion is intricately woven into the history of the United States, and many legal challenges over the years have highlighted the difficulty of living up to this ideal. In an 1802 letter, Thomas Jefferson penned the words “I contemplate with sovereign reverence that act of the whole American people which declared that their legislature should ‘make no law respecting an establishment of religion, or prohibiting the free exercise thereof,’ thus building a wall of separation between Church & State.” This wall has proven difficult to maintain, and has touched upon issues ranging from Prohibition to school curriculum to religious displays in public places. From the time of the original colonies, Christianity has had a heavy influence in the United States, and this has arguably resulted in an undue influence in the political landscape.

In 1892 Supreme Court Justice David J. Brewer referred to the United States as a “Christian nation,” and there have been several attempts to introduce a “Christian amendment” to the Constitution. More recently, many contend that the religious makeup of the Supreme Court in 2022 influenced the decision to overturn Roe v. Wade. The limits of the Establishment Clause have been tested in battles over teaching evolution in schools, mandating business closures and prohibiting the sale of alcohol on Sundays, the addition of “In God We Trust” to U.S. currency and “under God” to the Pledge of Allegiance in the 1950s, and the use of peyote in Native American Church religious rituals. All of these controversies and more are discussed in the pages that follow.

The chapters are as follows:

Each chapter starts with a brief Introduction, List of Topics Covered, and the source document discussed in the chapter. The body of the text discusses the document from its historical context to its relationship to contemporary public opinion. Most documents are reprinted in their entirety and clearly distinguished by a shaded title bar. In addition to helpful subtitles, photos and other images enhance the text, and sidebars provide an often lighter perspective on the time period being discussed. Pull quotes and other visual elements increase accessibility. Each chapter ends with a brief Conclusion, thoughtful Discussion Questions, and a list of Works Used.

The concluding chapter discusses some possibilities for the future of religion and its overlap in government in the United States, reflecting on the increasingly secular view of most Americans and how this will affect this longstanding conflict. It is followed by the Historical Snapshots section—a broad, bulleted overview of political, social, and cultural developments from 1880 to 2022 that help provide context and understanding of the political and social climate of the broad timeframe of the work.

This exciting series offers a wide range of insights into long-standing issues that Americans are most concerned about, and those that have encouraged vigorous debate among politicians and citizens at large. Using carefully-chosen original documents that cover a wide time span, Opinions Throughout History weaves a thoughtful and easy-to-understand analysis of how public opinion is formed and evolves, starting the discussion at an historical, seminal moment, and ending with where we stand today. This comprehensive, timely volume is a must for large public libraries, university libraries and social science departments, along with high school libraries.

Buyers of Opinions Throughout History: Church & State receive FREE ONLINE ACCESS on the popular Grey House/Salem Press Platform, https://online.salempress.com. With unlimited users and remote access included, your students and researchers can now search this amazing collection of data, anytime & anywhere, all just a click away.


Request a Preview Copy for your library 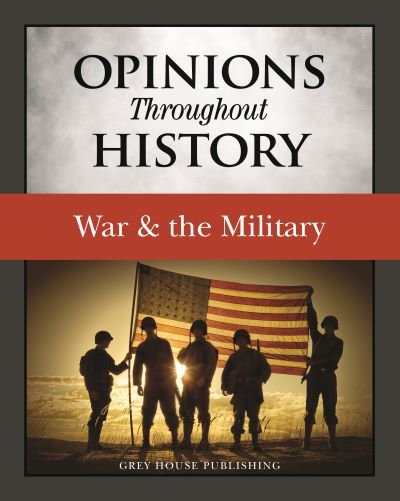 Opinions Throughout History: War & the Military

Opinions Throughout History: War & the Military looks at the fascinating history of America’s military, from the rag-tag militias that fought for American independence in the revolution, to the imperialism of the early 1900s, to becoming the world’s most powerful military-industrial complex. Chapters within the book examine such issues as military spending, the politics of militarization, the ethics and morality of nation-building and military occupation, and the treatment of veterans in the United States. Primary documents include articles from popular periodicals, political speeches, and historical documents providing a deeper look into the development and evolution of the military and commentary from important figures who lived through essential moments in U.S. military history. Other issues discussed will include nuclear proliferation, drones and emerging technology, and racial and gender equality in the military. 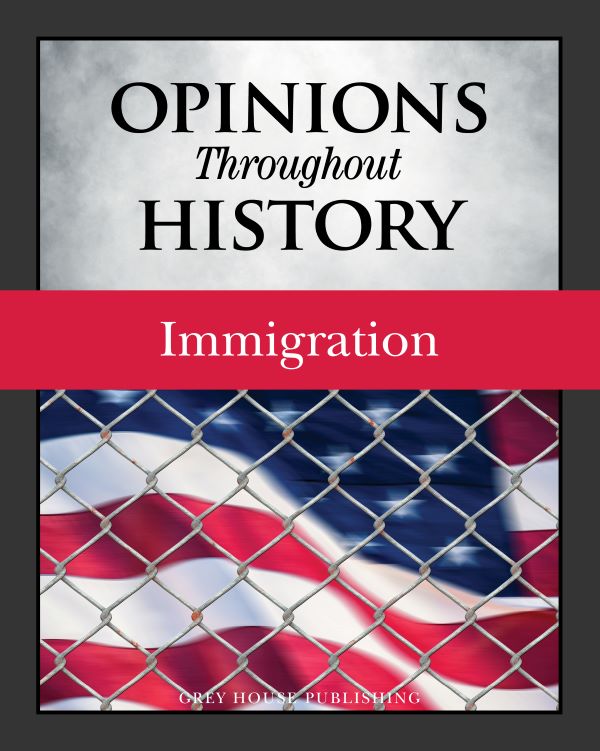 This volume tracks the changing national views on immigration. Historian at-large Micah Issitt traces the path of public opinion and policy on immigration in American history, with each chapter providing insightful commentary on a selected primary source. Drawing from the popular press, key court and legislative battles, speeches, social activism and opinion polls, Opinions Throughout History-Immigration will offer readers mixed sources of information woven together to highlight the overall momentum of developing public opinion on this perennial policy issue. As the country grows and expands to accommodate new waves of immigrants, the book will explore the tension between welcoming newcomers and seeing their value to the nascent nation and rejecting immigrants and the strains of anti-immigration thought in American society.